Welcome to Divide Board Shop 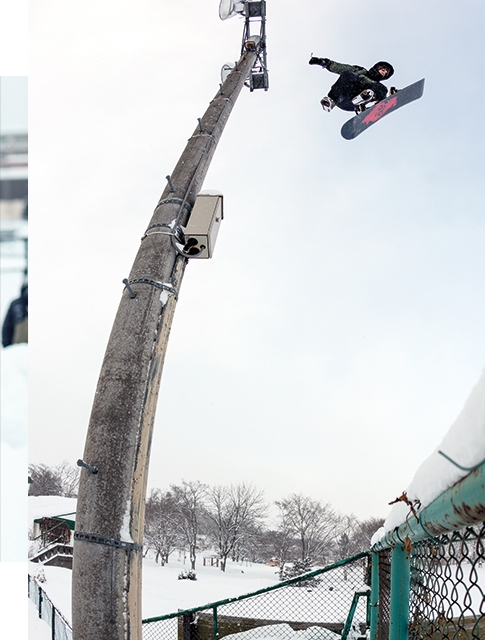 Divide Board Shop is located in beautiful Winter Park, CO just 7 minutes from Winter Park Resort. Divide Board Shop carries the best snowboard brands in the snowboard industry. Come by our shop and our knowledgeable staff can assist you with Colorado’s best selection of snowboards, snowboard gear, outerwear, longboards, street wear clothing and accessories.

After the perfect boots - move onto bindings. Divide offers a great selection of snowboard bindings from Drake, Flux, union, Gnu, roxy, Salomon, and Rome. Bindings are generally based on weight and performance: the heavier the ride, the stiffer you go. Considering performance, stiffer the snowboard binding, the better response. When placing your new bindings on your snowboard, always make sure your binding is centered up on your snowboard. You don't want your toes to hang off more than your heels or vice-versa - this will ensure a smooth even ride.

Our snowboard selection is huge and we are always expanding, testing, and looking into new brands… Divide carries Lib Tech snowboards, Gnu snowboards, Arbor snowboards, Salomon snowboards, Nitro snowboards - just to name a few. All these companies have different cambers, cores, and edge hold. Whether you're looking for performance or a fun playful board we have the camber for you! Not sure what you're looking for? Just call Divide and let the experts explain all the camber types and what they are designed for.

At Divide Board Shop, we hand select our brands based on performance, longevity, and comfort. The right gear makes for a more enjoyable snowboarding experience whether you’re throwing double cork 9's or just starting off.

Unless you're in the snowboard industry it can be very difficult to know what type of snowboard equipment you need to get the specific ride you're looking for. We only carry the items we want to ride and do ride - our products are tested by riders. We've been doing this for a lifetime, so trust Divide Board Shop! On the slopes or off the slopes, we got you covered!